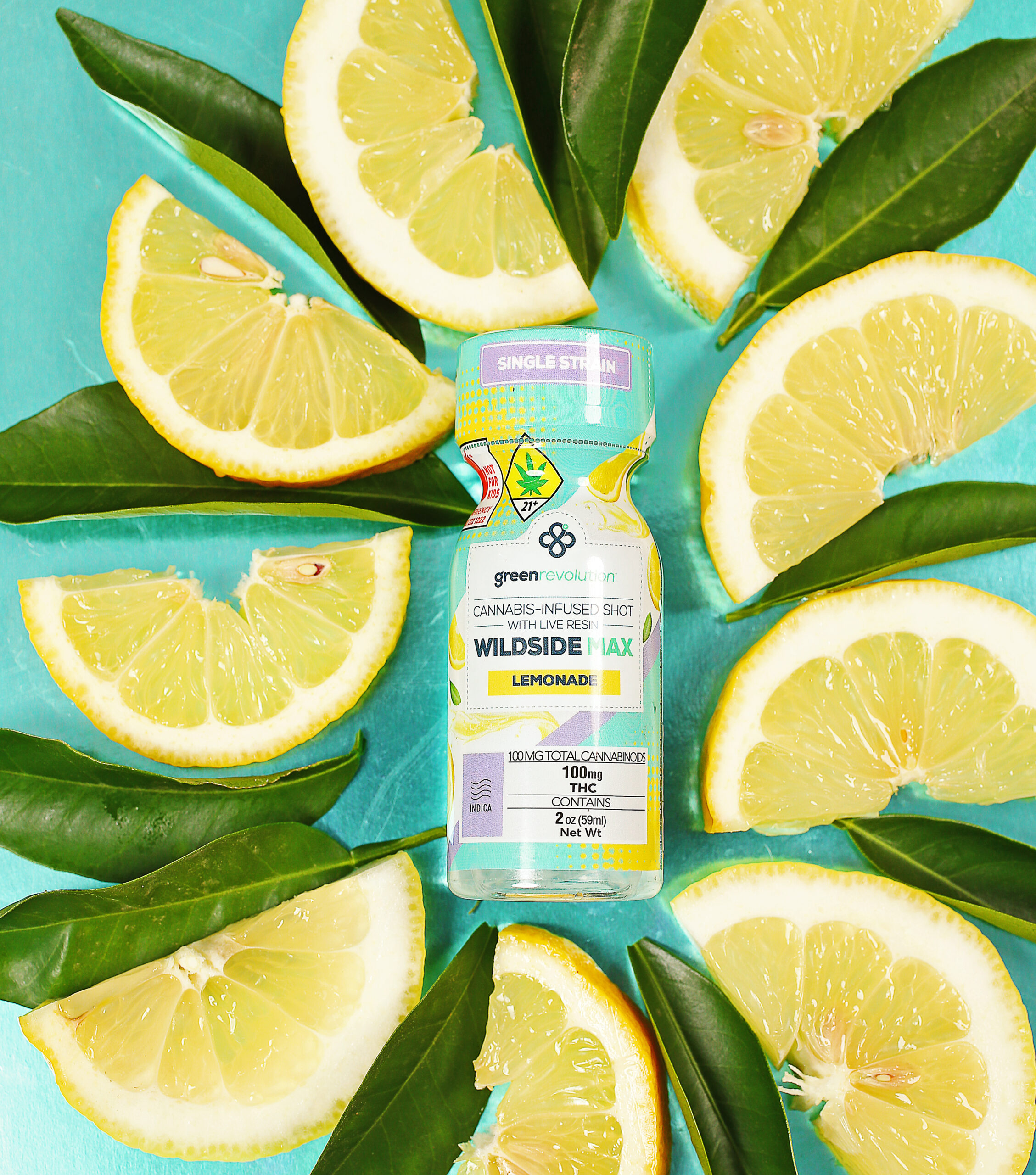 The Rising Popularity of Cannabis Beverages

In the last couple of years, cannabis beverages have experienced a meteoric rise in popularity among cannabis consumers. According to Headset, an authority on cannabis data, cannabis drink sales in the United States have experienced consistent growth since 2020. A variety of factors have contributed to this growth.

For one, drinks are already a familiar form of consumption. Most people already drink multiple beverages on a daily basis, so drinking cannabis beverages doesn’t feel as drastic a change as smoking cannabis for the first time. Similarly, beverages as a final product oftentimes appear as a more approachable way to consume cannabis than traditional methods. Many new users get lost in talk of strains and terpenes when looking at cannabis flowers at the dispensary. By contrast, cannabis beverages appeal to a sense of uncomplicated fun.

Additionally, precise measurement of cannabinoids put into each cannabis drink means dosing can be consistent and controllable. Sometimes when people smoke cannabis, they smoke more than they originally intend. Thus, consumers looking for controllable cannabis experiences can benefit from a change to consuming cannabis via beverages.

Some cannabis beverages contain many servings in a single container, whereas other cannabis beverages only contain one serving per bottle or can. This may cause you to wonder: what are the benefits of containers with multiple servings versus containers with single servings? A major benefit of a beverage with multiple servings is it is a more cost-effective way to drink cannabis. For example, Wildside MAX shots contain 100 mg THC across 10 servings. If you were to drink another brand, you may find their beverages contain as little as 10 mg THC in one serving! As opposed to buying 10 different drinks, you can achieve the same result with only one Wildside MAX shot.

Aside from dosing, some cannabis consumers prefer large format (8 OZ and up) cannabis beverages, while other consumers prefer smaller cannabis beverages. Large format cannabis beverages are best reserved for those looking to have a hydrating, sipping experience. These types of drinks allow ample space for people to feel the effect of hydration. For people wanting to achieve this type of experience, Green Revolution has created full-sized Wildside beverages. Conversely, smaller format beverages like shots are better for users who want a quick consumption experience. A serving in these beverages can be delivered in as little as a single gulp. For people looking for a quick drink, Green Revolution has Wildside MAX cannabis shots. 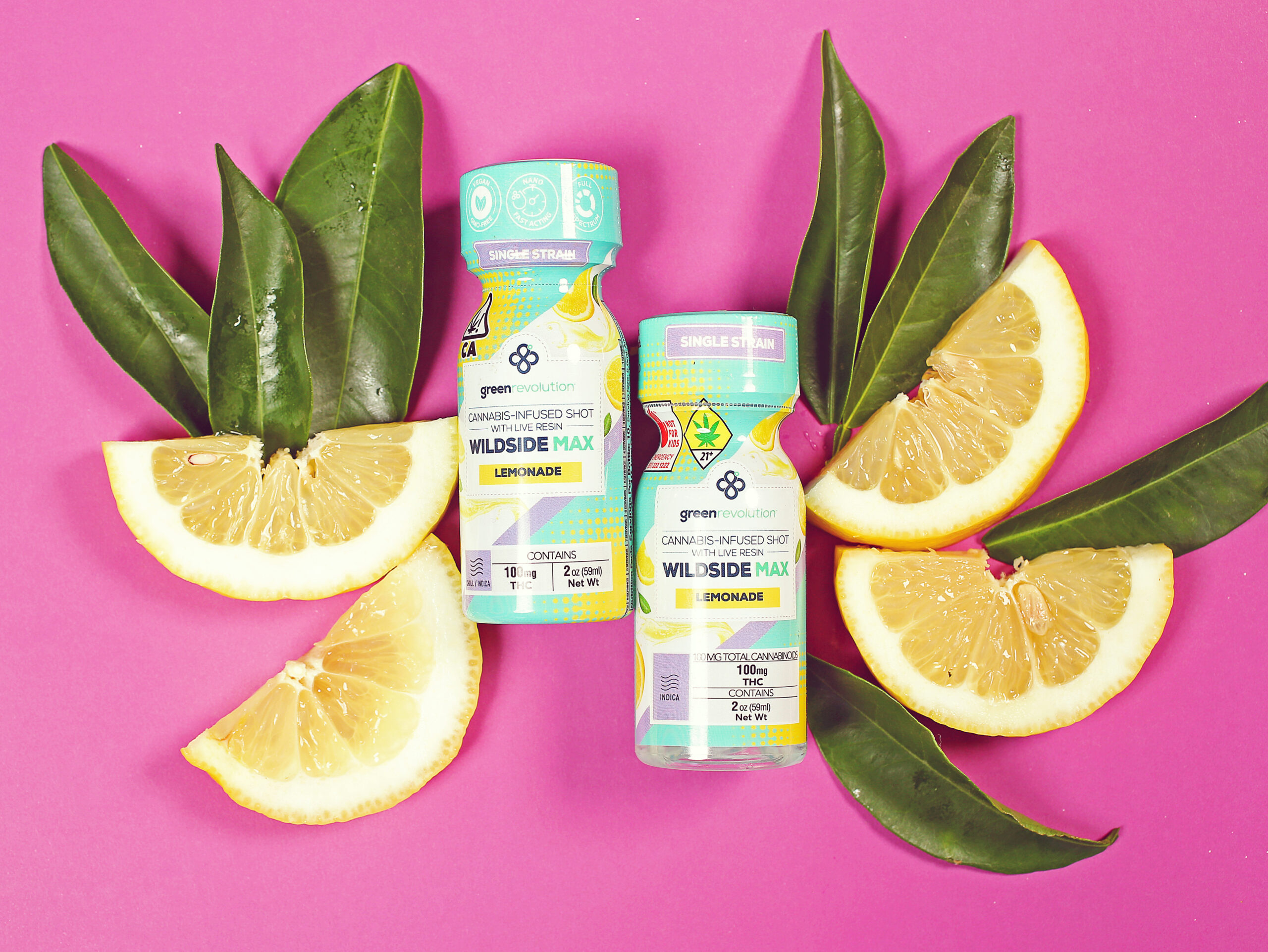 What’s more, WildSide MAX shots are made using a nanotechnology called UNET. Through UNET, Green Revolution transforms cannabis oil into miniature, water-soluble molecules. These water-soluble cannabis molecules shift cannabis absorption into high gear, creating consistently quick and controllable effects for the user. While other cannabis drinks may have slower onset due to a lack of nanotechnology, UNET allows users to feel the effects of cannabis rapidly.

Packed with 100mg of THC each to keep the party going through the long long days and breezy nights, Wildside MAX is the go-anywhere, drink-anytime, rocket in your pocket. Order these delicious flavors for pickup near you!