There aren’t many topics that can stir up more vigorous emotions amongst medical professionals, researchers, law officials, and the public than cannabis. 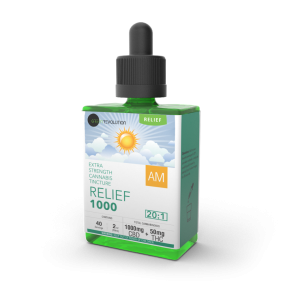 Is it harmless? Should it be legalized? or not? Does it really posses the benefits people claim it has? What is it beneficial for? Is it habit-forming? How do we keep it from being overused?

Numerous research studies have been (and still are being) conducted to study cannabis and they might have answers to some of the above questions.

A report was recently published by the National Academies of Sciences, Engineering, and Medicine. It goes on for over 300 pages and is a joint effort of a committee of experts that examined more than 10,000 research abstracts in their analysis of the scientific literature on cannabis.

It suggests that there is solid evidence that cannabis and its products can adequately ease chronic pain, nausea induced by chemotherapy treatment for cancer, and spasticity generated by multiple sclerosis.

Looking at the scale at which the study was conducted it can be concluded that the pain-relieving effects of cannabis are in fact real.

Another report by scientists at the University Hospitals Bristol in the U.K. report in JAMA also suggests that there is enough quality evidence supporting the benefits of medical marijuana for certain conditions.

Cannabis for brain and cognitive problems

Research studies have confirmed that tiny structural alterations take place in the brains of people who use cannabis. As a result, some researchers have been studying if marijuana could ward off Alzheimer’s disease or even alleviate brain damage from stroke or concussions.

A study conducted in the year 2014, found that a compound in marijuana could decrease the generation of proteins that amass when a person has Alzheimer’s.

Will legalization result in overuse?

A newly released research does not agree with the reasoning that legalization of medical marijuana would lead to more extensive use among teenagers.

It was published by a team of Columbia University researchers in The Lancet Psychiatry. The scientists observed marijuana use amongst upwards of a million teenagers over 24 years.

The researchers noticed no perceptible impact in the 21 states that had legalized the drug for medical use.