What are Terpenes and What Do They Do? 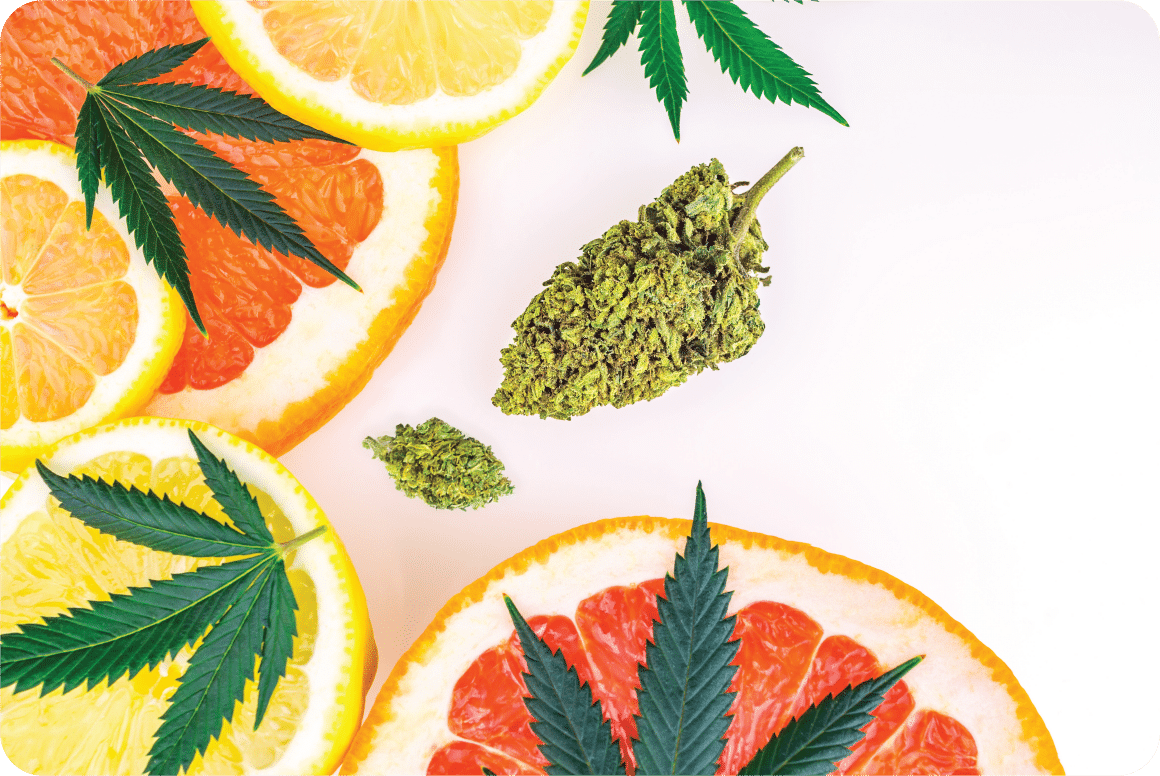 Terpenes are aromatic and flavorful compounds found in plants- including cannabis. In addition to cannabinoids, terpenes help influence the effect and high associated with particular strains. “Terpenoids share a precursor with phytocannabinoids, and are all flavour and fragrance components common to human diets that have been designated Generally Recognized as Safe by the US Food and Drug Administration and other regulatory agencies.”

“Terpenoids are pharmacologically versatile: they are lipophilic, interact with cell membranes, neuronal and muscle ion channels, neurotransmitter receptors, G-protein coupled (odorant) receptors, second messenger systems and enzymes.” For example, Myrcene has been popular for centuries as a potential sedative or sleep aid.

At Green Revolution, we’ve harnessed the powers of cannabis terpenes and used them to formulate our four “Terpenes, Love, Cannabinoids” Standardized Profiles. By creating these four precise blends of cannabinoids and terpenes, we are able to produce consistent, reliable effects and experiences across product applications. 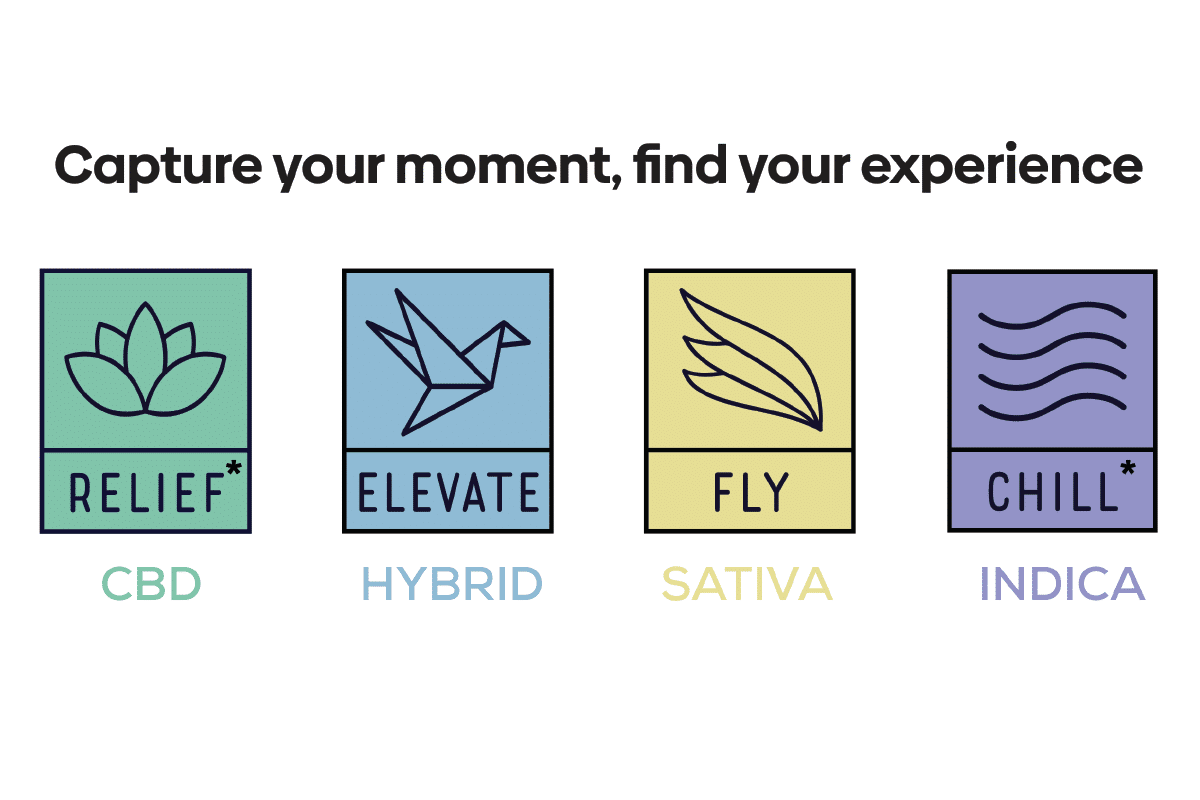 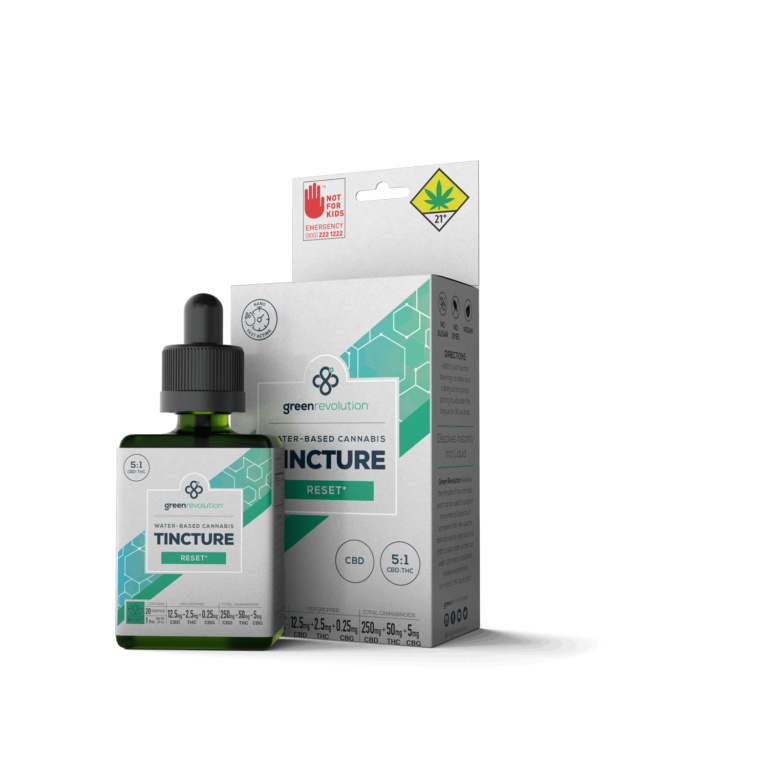 Reset 5:1 CBD:THC Water-Based Tincture
Reset* provides the relief and comfort of CBD balanced with the effects of THC. With a 5:1 ratio of CBD:THC, you unlock the synergistic powers of the Entourage Effect that support sleep, stress management and possibly pain relief.*
Reset 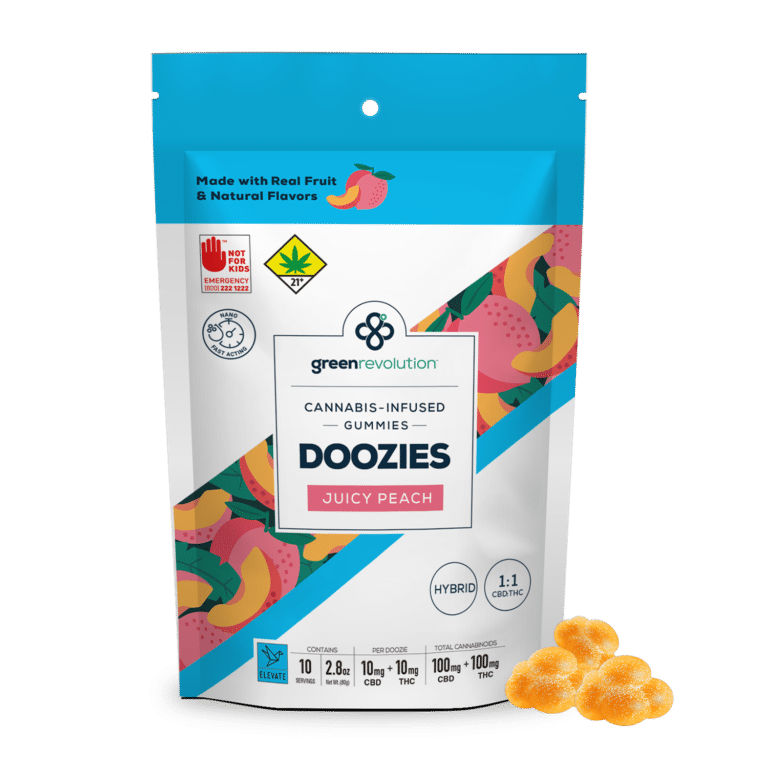 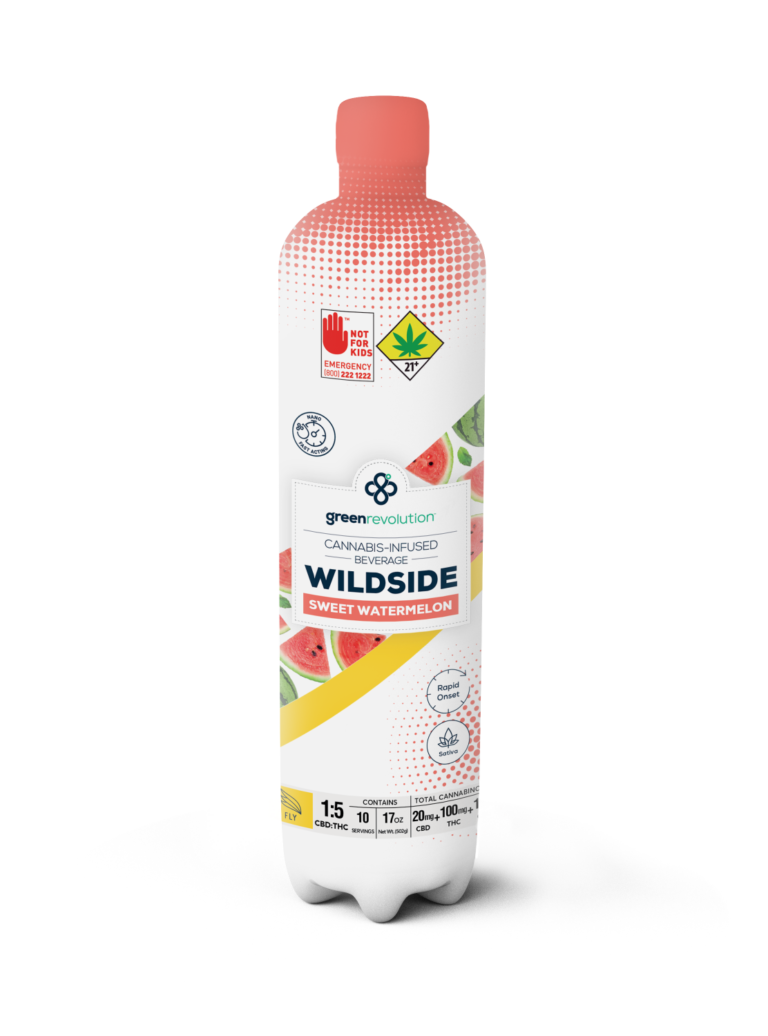 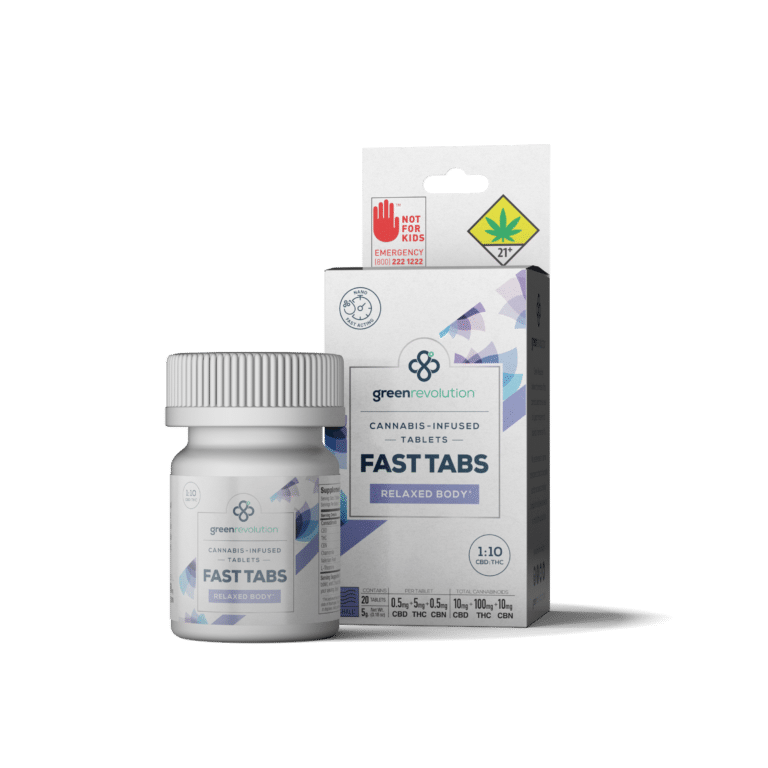