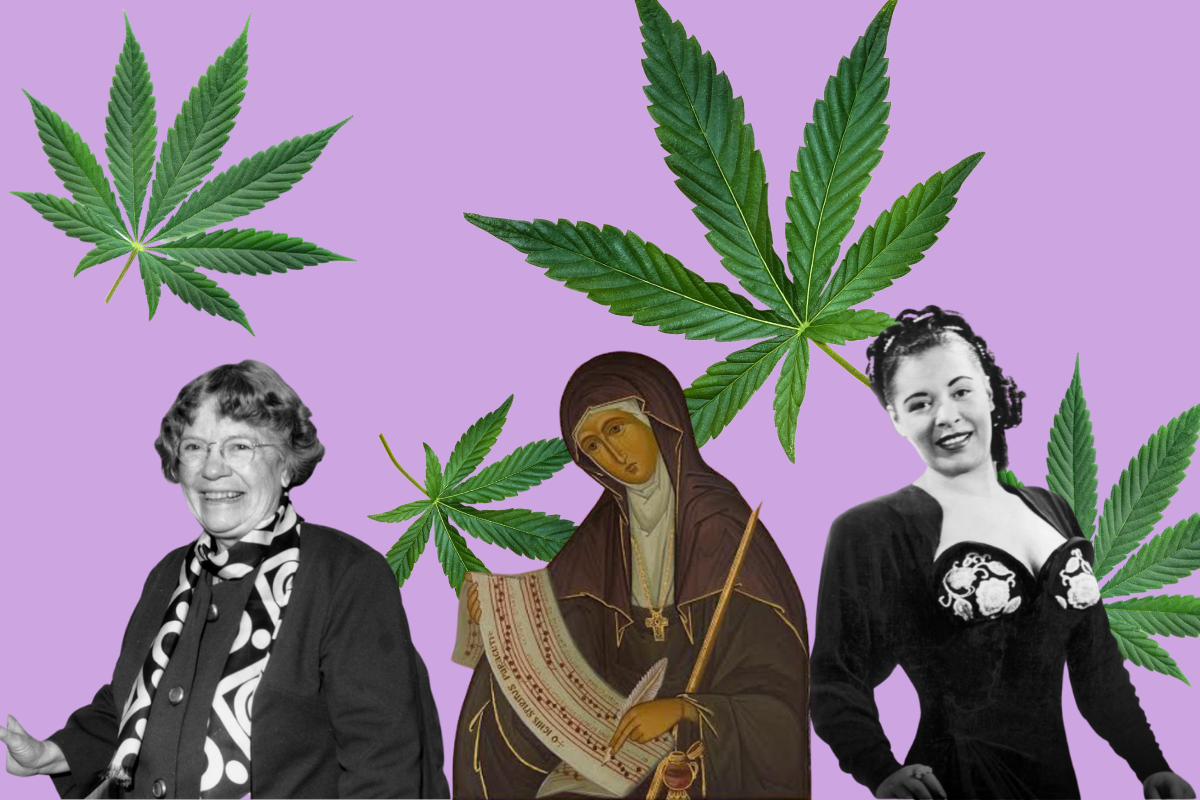 The impact that women have had on cannabis throughout history cannot be denied. While the road to legalization has been paved with risks, men weren’t the only warriors battling for the plant.

Women have been both using and advocating for the cannabis plant since the beginning. In honor of Women’s History Month and International Women’s Day, we’ve decided to highlight some of the MVPs.

Did you ever think that a nun would end up on a list of advocates for cannabis? After being sainted by the Catholic church, Hildegard von Bingen spent her time and energy pursuing traditionally “masculine” subjects like medicine. Her works advised that the hemp plant could aid in things like pain relief from wounds to headaches.

Queen Victoria was known for her conservative views- but as all women know, there’s a time and a place for everything. Rumor has it that she kept a trusty cannabis tincture at her side for when her menstrual cramps were a little too much. If it’s good enough for the Queen of England, it’s good enough for me!

We’ve heard of cannabis being called upon as a sort of “fuel” for creativity. Famous for the classic tale Little Women, Alcott’s later works such as “Perilous Play”, outline an experience with cannabis that is suspiciously accurate.

Eleanora Fagan (aka Billie Holiday) was living proof that cannabis use and success weren’t mutually exclusive. The jazz singer played key roles in shaping the jazz music scene in the 1960s, while promoting the use of cannabis. As the target of many criminal charges related to the plant, the singer is an example of the sacrifices made on this rocky road to legalization.

Anthropologist Margaret Mead spent her career opposing Western social norms on controversial topics. From sex to cannabis, Mead had something to say.  In 1969, Mead gave a powerful speech suggesting that using cannabis is similar to a glass of wine at the end of a long day. Much like high fructose corn syrup, Mead suggests that the use of cannabis is “fine in moderation”. Margaret’s work built a foundation for a revolution in cannabis.

Next time you light up a joint, drop a tincture under your tongue or eat an infused gummy, remember the years and the sacrifices people- especially women- made for you to enjoy that privilege.